Bukele in the game

Hello and hello! Your new TradeCrypto.Com digest is here! Let's see what is up :) >> 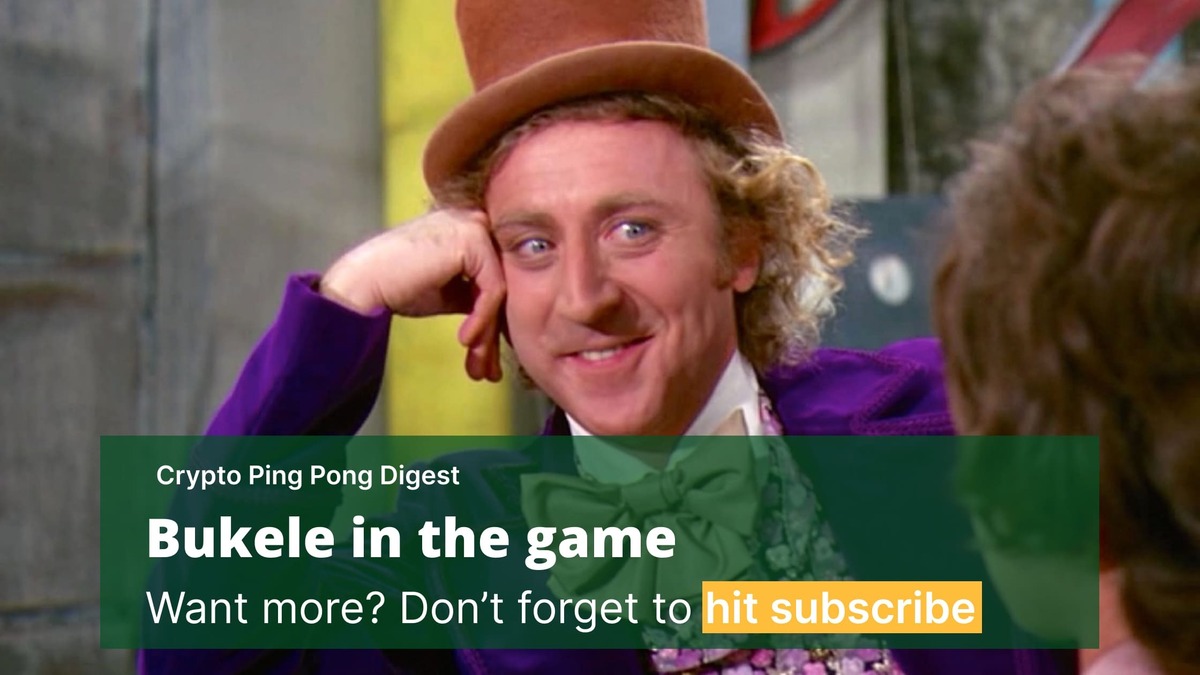 Hello and hello! Your new TradeCrypto.Com digest is here! Let's see what is up :) >> 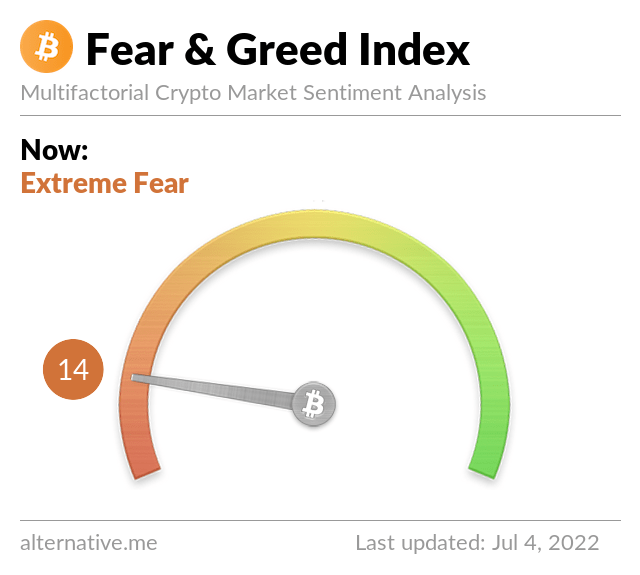 "This was a tremendously difficult decision, but we believe it is the right one given current market conditions," 💬said Ehrlich. "This decision gives us additional time⌛️ to continue exploring strategic alternatives with various interested parties while preserving the value of the Voyager platform we have built together.”

President of El Salvador🇸🇻 Nayib Bukele must truly believe in Bitcoin—or love losing💸 money. Undeterred by the massive losses incurred by his strategy of using public funds💰 to invest in Bitcoin, Bukele announced💬 last night that he spent another $1.5 million to buy 80 BTC at $19,000 per coin😱.

“El Salvador bought today 80 BTC at $19,000 each,” the Central American politician tweeted📲, “Bitcoin is the future, thanks for selling cheap,” he💬 said. Prior to this latest announcement📢, Bukele had invested about $104 million to buy 2,301 BTC at an average price of $45,171, according to his own tweets.

Sorare, an Ethereum NFT-based fantasy soccer⚽️ game, signed its first player🏃🏻 ambassador this week—and secondary sales of the game’s NFT player cards have been surging ever since. On Wednesday, Sorare announced💬 the signing of soccer star Kylian Mbappé, forward for Paris Saint-Germain F.C. and the World Cup-winning 🏆French national team, as an investor and global🌎 ambassador. Sorare has also pledged support to Mbappé’s charity💵, Inspired by KM, as part of the alliance. It is Mbappé’s first move into the Web3 space.

Over the past 24 hours, Sorare has registered over $6.6 💰million worth of NFT sales—a 795% increase📈 over the previous 24-hour span.

The Supreme Court⚖️ issued a ruling on Thursday that limits the Environmental Protection Agency’s (EPA) ability to regulate carbon emissions from power plants🌱, which could have an impact on Bitcoin and other cryptocurrency mining🔨 operations that source their power⚡️ from fossil fuels.

“It greatly complicates the ability of the EPA to use the Clean Air Act as a regulatory tool on climate,” U.S. Congressman Jared Huffman💬, lead author of a letter from House Democrats calling for more EPA oversight❌ on crypto mining. While not specifically aimed at cryptocurrency mining operations, the Supreme Court’s decision could also limit the EPA’s ability to regulate the facilities at the behest of President Joe Biden’s executive order issued in March on ensuring the responsible development of digital assets.

The DOJ also announced💬 three other crypto fraud cases amounting to over $100 💰 million in potential losses. The Department of Justice⚖ this afternoon announced💬 criminal charges against the creator of the Baller Ape Club NFT collection for orchestrating a so-called “rug pull.”

The charges, announced💬 alongside those in three other cryptocurrency fraud cases, mark the second time that federal prosecutors have gone after an NFT "rug-pull" scheme🔁, in which an NFT project’s creators sell NFTs on false promises of community benefits and utility, only to abandon the project and make away with investors’ funds💰. Le Anh Traun, a Vietnamese national, is 💬charged with one count of conspiracy to commit wire fraud and one count of conspiracy to commit international money💰 laundering.

Meta, formerly known as Facebook, has begun rolling🔃 out NFTs for some U.S. creators on its flagship social network🌐.  Meta Product Manager Navdeep Singh shared 💬a sneak peek of what NFTs will look like on Facebook in a Twitter post Wednesday. According to the post, users will have a “digital collectibles” tab 🛑 on their Facebook profiles where they can showcase their NFTs, which are unique blockchain tokens that signify ownership.

Users will be able to connect 🔁 their cryptocurrency wallets to their Facebook profiles🔗. They’ll also be able to turn↔️ their NFTs into Facebook posts, which can be reacted to, liked, commented on, and shared just like any other post.

Rumors💬 linked KuCoin’s intent to stop❌ withdrawals with the Terra and the 3AC collapse, which according to the warnings, led to “immense suffer” for the exchange💱. Crypto exchange💱 KuCoin found itself at the center of discussion when a sub-community of Crypto Twitter started warning🔉 investors about an incoming ban❌ on funds withdrawal. KuCoin CEO, Johnny Lyu, was, however, quick to dismiss 💬 the unvetted rumors before they picked up steam🤷🏻‍♂️.

While dismissing 💬 the supposed rumors through the above tweet, Lyu highlighted💁🏻‍♂️ the company’s strong position by disclosing a recent $150 million funding, which placed the company’s valuation at $10 billion in May 2022💰. He also pointed out that the company is currently hiring for multiple positions, requesting investors to make their own judgment amid the ongoing FUD — fear, uncertainty and doubt💪🏻.

Conclusion: Bukele again averaged his positions in BTC. NFTs are experiencing bad times, but at the same time they haven't gone anywhere. The market has been flat for a weekю

Thanks for being with us! ;) Brought to you by Maksym, Srđan, and Svyat :)